The WDFOA uses the NFHS Football Rules Book. Copies of the Rules Book and Case Book will be distributed at training sessions for new officials, and at the MPSSAA Football Rules Interpretation Clinic before the season for current officials.

Maryland has adopted the following rule regarding the use of running time. After the first half, any time the score differential reaches 35 points or more, the following changes (and only these changes) will be made regarding the rules determining when the clock will and will not be stopped. 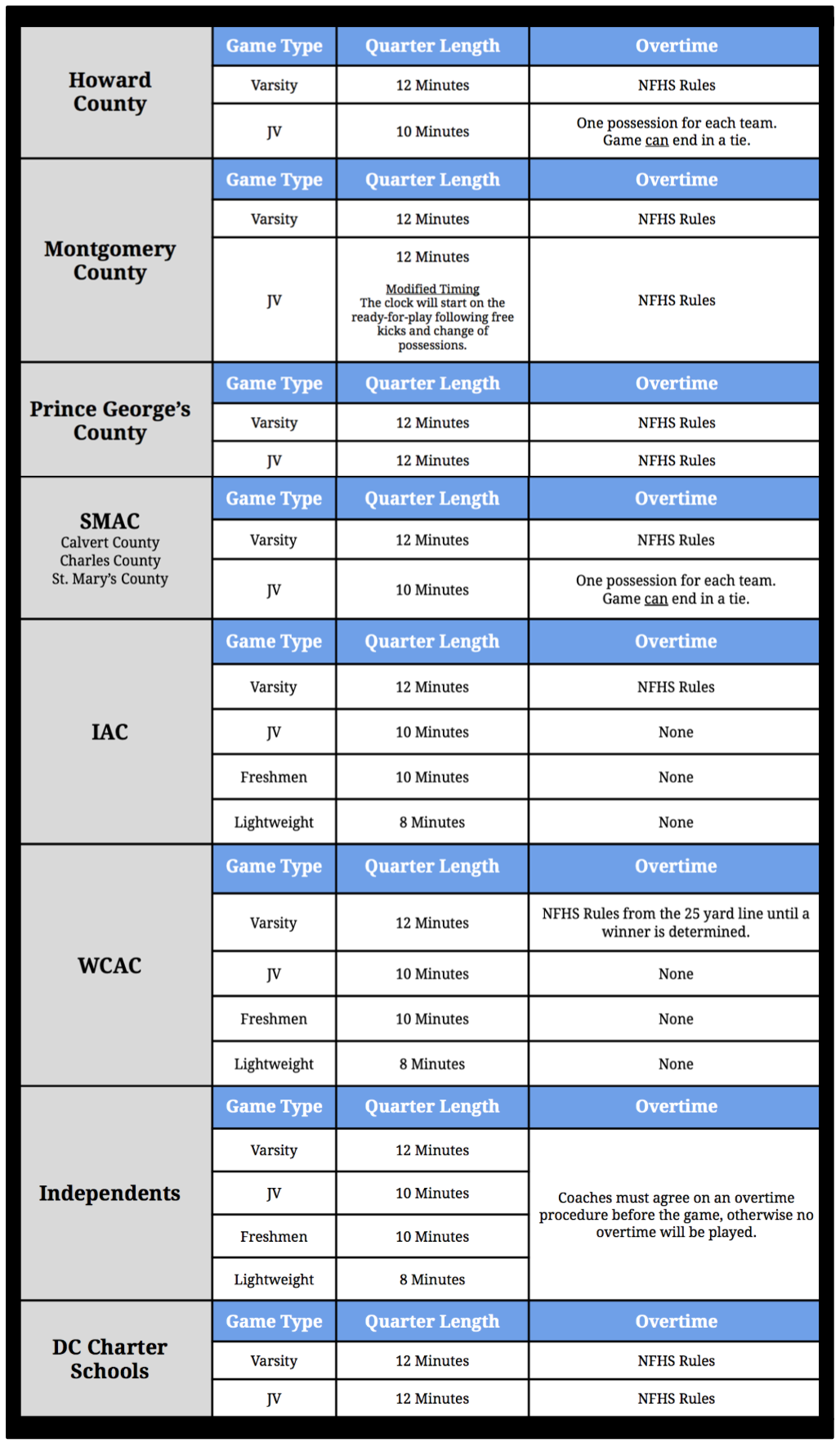